This part of the module focuses on analytical GIS techniques for quantifying the extent of change over time. Many of these techniques are derived from remote sensing and only a sub-set of the methods available is described here.

Many aspects of environmental monitoring are beyond the scope of this object. Topics such as the design of monitoring networks, handling their changing configuration over time, and distinguishing between natural and anthropogenic environmental change are not considered here.

In assessing environmental change over time, two types of analysis can be distinguished:

The choice of change detection technique depends on the type of data being compared. Quantitative map layers represent variables on an ordinal or ratio scale (these concepts are explained below). Such variables are measured on a numeric scale, such as millimetres of rainfall, degrees of slope, or rank. Any one part of the map layer can be considered to have a higher or lower value than elsewhere in the map layer. For example, a temperature map layer will be measured in degrees Centigrade and some regions of the map will be hotter than others. 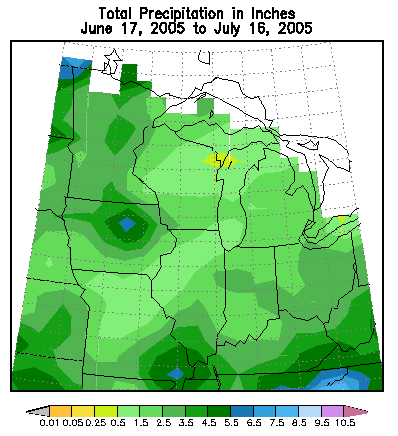 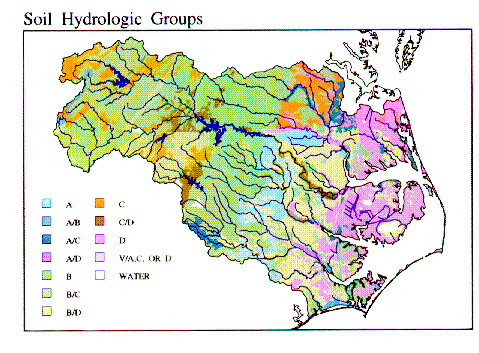 Map layers showing quantitative data from two different times can be compared on a pixel-by-pixel basis using either image differencing or image ratioing. The difference between the two map layers as a whole can also be summarised by using, for example, the mean difference, overall ratio, or correlation co-efficient.

A time series is a ‘stack’ of map layers, depicting the same variable over different time periods. For example, a series of maps of monthly temperature would constitute a time series. Clearly, pairs of images from a time series – such as those for the first and last periods of study – can be analysed using change detection techniques. However, there are also techniques that can be used specifically with time series.

Time series have many properties that are not apparent in pairs of map layers from different times. These properties include:

Periodicity: Many environmental time series are cyclical in nature. In most regions, rainfall and temperature follow both annual and daily cycles.

Trends: A systematic change may occur in data over time. Identifying such trends is particularly important when assessing the effects of climate change on properties such as hours of sunshine or air temperature.

Mapping these properties by pixel, point or polygon can provide useful insights into an environmental time series (see Malhi and Wright, 2004). Using such properties to summarise a time series can also be a useful first stage before conducting further analysis. For example, such properties could be used to delineate climatic zones. Properties such as long-term variability in precipitation or the magnitude of seasonal variation can also be compared to species abundance data. This can be easier than attempting to analyse species distributions in relation to the ‘raw’ monthly climate data.

Some tools for creating summary measures from time series are available in most GIS software. In Idrisi, for example, the CORRELATE tool enables each pixel in a time series ‘stack’ of raster grids to be correlated with a single time series. For example, a series of grids depicting precipitation across South America could be correlated with values of the Southern Oscillation Index. The Southern Oscillation Index (SOI) is calculated from the monthly or seasonal fluctuations in the air pressure difference between Tahiti and Darwin. However, in many cases, a GIS analyst may have to resort to writing their own software or purchasing specialist software packages to calculate such summary properties.

Many time series data sets are interpolated from sample data points. Precipitation and temperature data, for example, are frequently interpolated from ground measurements taken at meteorological stations. For such data sets, the GIS analyst is faced with two options:

These two approaches frequently give different results and it may be necessary to use both approaches.

The Kappa Index of Agreement

View the animation below, which introduces the Kappa Index of Agreement.

For an example of time series analysis using GIS, see: Malhi, Y., and Wright, J. A. (2004) Spatial patterns and recent trends in the climate of tropical forest regions. Philosophical Transactions of the Royal Society, Series B – Biological Science 359, 311-329

You can find out more about the scenario used in the GIS activity above in these articles: