Tilly has written a fabulous blog post about some of the finds that have been coming up across the trench. With thanks to our Finds Specialist, Jude Jones, who advised Tilly on her topic.

Thanks Tilly, this is mar-vel-lous brillo pads fantastic!

After expertly de-turfing and cleaning part of the New House walls a few finds were discovered, the majority of which, not denying was brick. There came a point when you saw a piece of brick or tile and almost hit it with a mattock (clearly out of love), however what was absolutely brilliant was the discovery of what I like to think of as ‘teasing’ bricks which were vitrified in a fire, presumably during the demolition; where the fire had occurred it had caused a glazed appearance on the brick.

When we (our lovely Rebecca and Richie) finally discovered a glazed piece of tile excitement mounted, I mean, it was an actual glazed tile! They not only looked fab, glazed in green, but also gave us an indication of the kind of rooms we were excavating. After the discovery of the awesome glazed tiles in context 62 (what a fantastic context!) we came to the conclusion that the rooms towards the west of the trench were more extravagant rooms such as guest rooms, whilst those to the east with the culvert was in fact an area such as a kitchen.

We were now basically finding finds left, right and centre (mainly in context 62), even a piece of suspected iron age pottery, fabulously showing finger marks, inclusions and evidence of the method in which it was made, found in the west of the trench. Various pieces of pottery were examined by our finds specialist, Jude Jones (A.K.A. mega babe, despite not being related to Indiana Jones), and she kindly explained the concepts of pottery to a wee amateur like me. During the Tudor period not all pottery was particularly elaborate, some pieces were colourful but mainly functional, with slip glazes wherein a mere slabbering on of a glaze was used or a good old heavy dipping.

After discovering salt glazed pottery pieces Yvonne Marshall (resident style queen) enlightened me on their pyrotechnic awesomeness. Salt glazes are created via placing the designated product (clay fandango) in an open kiln, and the salts are added in as the temperatures reach a high, the sodium then reacts with silica in the clay creating a simply fabulous glaze.

Another interesting finds hoard was some musket balls which showed the succession of the life of a musket ball. The first stage is prior to usage, wherein it still had the sprue on the top of the musket ball, and then it progressed to be completely rounded, without the sprue so that it could be shot. However, sometimes they were used with the sprue in explosive devices like grenades. Then after it was shot it could ricochet, in which case it would have marks on the ball, but if it made contact with something heftier it would turn into a marvelous splatter. We found all stages of this phenomenon.

Gather round folks, here is the tale of the finds. First things first, our marvelous archaeologists find something which is obviously too fabulous for words, but let’s say for arguments sake a fragment of masonry. They put the find in their finds tray with the corresponding context number [photograph 1], and it is processed by a finds lover (in this case Jude). Then the finds are washed [photograph 2] before being categorised with the find number and the site code, written neatly and ‘discretely’ on the find [photograph 3]. 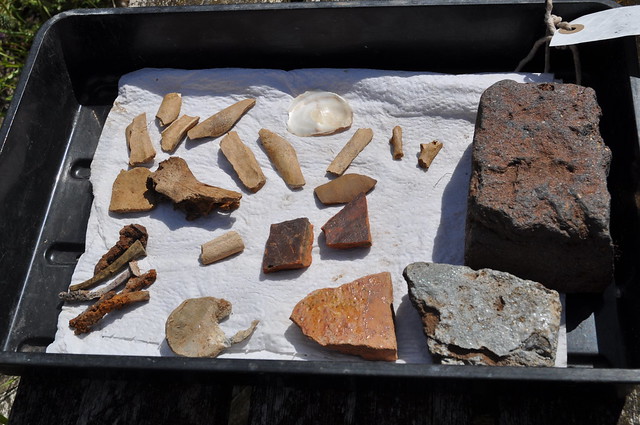 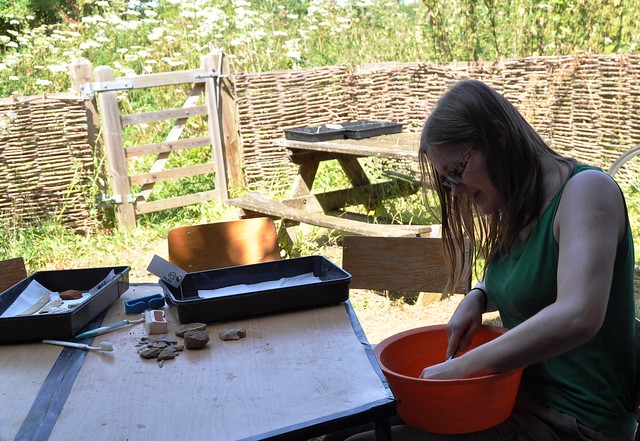 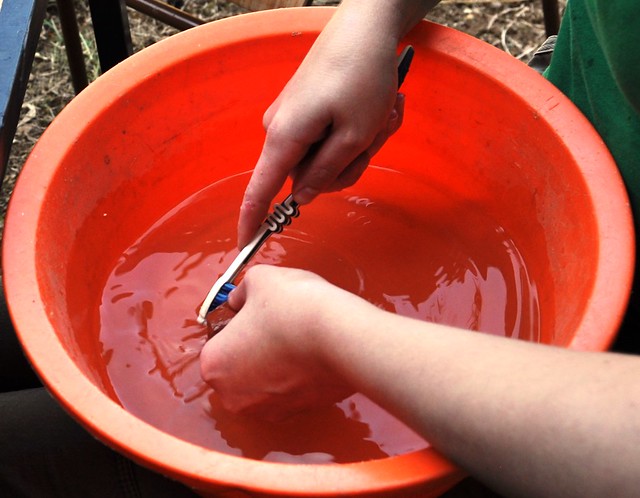 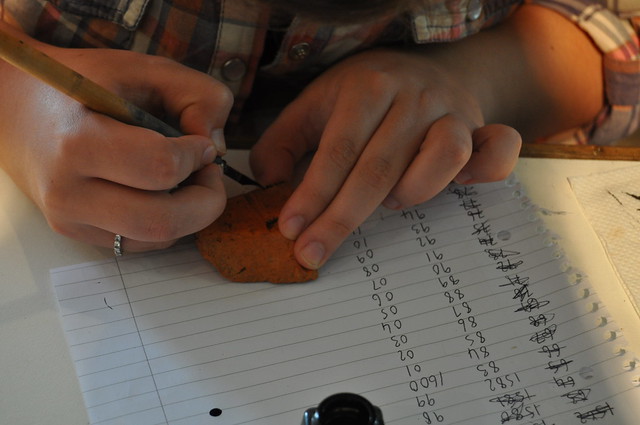 They are then placed in a finds bag which fits the find(s) snugly and the site code, context, type of find, bag number, and the number of finds that are in the bag. In addition to this a brief description is given and then the main details are copied on a label and placed in the bag, just in case an over-enthusiastic mad person empties it out and accidentally discards the bag. Yes, people get that excited over finds, especially Basing House finds.

That’s right people you are jealous of our finds. Init.