“Natural Science” is intrinsically asocial. The only exception at the fuzzy borderline is anthropology (which includes ethnology and, according to some, linguistics). “Science” is also ambiguous; in some languages (e.g., French and Hungarian) it means, jointly, natural science, social science and humanities scholarship.

Natural scientists, whether theoreticians or experimentalists, think of their work as answerable only to objective “empirical” testing and logic — the so-called “scientific method.” As a consequence, many “natural scientists” have an implicit or overt scepticism about “social sciences” (or « sciences humaines » as the French call it, or “Geisteswissenschaften” as the Germans call it) as pseudoscience.

Sometimes the “natural scientists” are right. But far more often they don’t understand, or misunderstand. This has occasionally led to internecine squabbles and even enmity in the Academy. (See Mathematician André Weil vs. Sociologist Robert Bellah at the Institute for Advanced Study and Mathematician Serge Lang vs. Political Scientist Samuel Huntington at the National Academy of Sciences.)

That the valiant defenders of the sacrosanct frontiers of “science” are often mathematicians, whose purely formal discipline lacks one of the two pillars of the “scientific method” (which has sometimes cast doubt on the scientific status of their own discipline) is ironic, but perhaps instructive as to why Professor Lovász was so helpless in the face of Orban’s depredations. Not understanding the social sciences, he was hardly in the position to defend them.

Joseph Palinkás, in contrast, an atomic physicist and an Orban fellow-traveller, failed to defend the non-natural sciences in the “philosopher affair,” and has only lately discovered his conscience, now that it’s much too late.

There is an eery and unpleasant familiarity in the tepid defence (and even active derogation) of their non-natural foster-sister sciences by some “natural scientists,” such as neuroscientist Tamás Freund — playing into Orban’s hands while still feeling immune from his depredations. Social scientists and humanists would have a lesson to teach them, if they would listen.

My own vote (if I had not quit the Academy in 2016 in disgust over its passive submissiveness ) would be for the linguist in the demilitarized zone, Csaba Pléh.

the source of all love,

was impelled to instill

that depend on begetter’s nurturance

to propagate their seed

An undeniable sense of emptiness in covid confinement

in the distancing and zooming

something is missing, we think

that’s pretty much all it’s been all along

and always will be.

On Feb 28, 2020 [deleted] wrote: “
From Galileo I learned that you cannot improve that which you do not measure…”

What had to be “measured” to “improve” on slavery, or the subjugation of women? Some wrongs are obvious, if you just look; and what needs “improving” is human behavior, not measurements.

The ignorance, apathy and moral relativism are those of individual human cerebra, not “systems,” which feel nothing.

Let us cut to the quick on this: Are you a vegan activist?

If not, your disposition toward “measuring” a “complex adaptive system” — in place of ceasing to harm animals and devoting yourself to inspiring everyone else to do likewise — is just cognitive dissonance (which is itself worthy of measuring and modelling: but it always transpires in individual human cerebra, not in “complex adaptive systems” — which, again, are not sentient).

(I will come back to “research on welfare” at the end.)

Utilitarianism is counting. Just counting. Machines can count. But machines are not sentient. “Welfare” is a sanitized, self-deluding word. The right word is suffering.

Utilitarians can say “measure and minimize suffering” — as if  most of it were not obvious. But if utilitarians can theorize (“measure and model”) while munching on the leg of a lamb, they are simply engaging in a pious exercise in cognitive dissonance.

“If you think this rudimentary idea is a waste of your time, please let me know, as the only thing I want to know is whether I am wrong…

This is not about the rightness or wrongness of a complex theory about a complex system but the rightness or wrongness of actions — which, in the case of what is being done to countless sentient organisms by our “complex agricultural system” every second of every minute of every day, everywhere in the “anthropocene,” is pre-theoretically and a-theoretically obvious to anyone who looks.

(Which is why I think that what is needed is to look, not just to count. Just counting — “measure and minimize suffering” — takes the “system” for granted, and tries to “improve” it. That is “welfarism“: “Keep on using and killing animals, but try to hurt them less.” And that, in turn, is again just cognitive dissonance.)

I hope that while you keep measuring, you will keep thinking, and looking. Eventually you will begin feeling; and then you will know what needs to be done.

“Have you stopped beating your spouse?“

“Have you not stopped beating your spouse?“

How to answer such a question when you have never beaten anyone (and you are not even married)?

Are you an abolitionist?

Are you a welfarist?

I am an abolitionist and I am a welfarist.

One does not exclude the other: This a false dichotomy.

An abolitionist militates to do everything possible to abolish all human-caused suffering to other sentient beings (except self-defense).– I am an abolitionist.

A welfarist militates to do everything possible to reduce all human-caused suffering to other sentient beings when it is not yet within reach to abolish it. — I am a welfarist.

What gave the false impression that there is an opposition between abolitionism and welfarism – that someone cannot be both abolitionist and welfarist?

It was a theoretical hypothesis: the hypothesis that to militate to reduce suffering when there is not yet a way to abolish it reduces the chance of abolishing it.

The only argument made in support of this hypothesis is that the industries which exploit animal beings profit from any reduction in their victims’ suffering to justify not abolishing their exploitation, and thus to entrench it even more firmly.

But the industries that exploit animals have no intention of abolishing themselves; they are doing everything they can to entrench themselves more firmly.

So this is a theoretical hypothesis which is cited as evidence that practical actions to reduce real suffering will reduce the chances of abolishing suffering.

This is not a scientific hypothesis, with objective evidence. It’s a subjective premise.

As such, it is not a justification for abandoning sentient beings to preventable suffering.

It’s more like the false premise behind the question:

Have you stopped beating your spouse?

Have you not stopped beating your spouse?

In the fight against animal suffering, if we really want to help animal beings it is essential to take into account a fundamental distinction between what is done optionally, without vital necessity, and what is done obligatorily, in an inescapable conflict of vital (life or death) interests like the one between an obligate carnivore and its prey.

I was present once at a public event for animal rights defenders. A young vegan asked a question timidly: “I am a vegan and an activist defender of animal beings. But I have a chronic condition that requires me to take a drug that contains an animal component. What should I do? “

Most of those present replied, almost unanimously, “Take your medicine. Animal beings as well as human defenders of animal beings need your help. You are not helping them by sacrificing your life. It is a vital necessity for you.”

According to all  current scientific knowledge, vaccination saves lives. It is, therefore, a vital necessity. We can hope that one day there will be vaccines that no longer require any animal component. But in the meantime what is urgent is to put an end to the gigantic majority of animal suffering which is unnecessary – hence already completely gratuitous today – before entering the complex and tragic domain of conflicts of vital necessity between sentient beings.

The corporations, lawyers, politicians, oligarchs and other opportunists who prop up Trump’s vile, brainless, heartless, shameless, mendacious malignity, come what may, are the Despicables.

The racists, jingoists, religionists, conspiratorialists and psychopaths who top up Trump’s vile, brainless, heartless, shameless, mendacious malignity, come what may, are the Dements

And the remainder of humanity, who reject and oppose vile, brainless, heartless, shameless, mendacious malignity are the Decents. 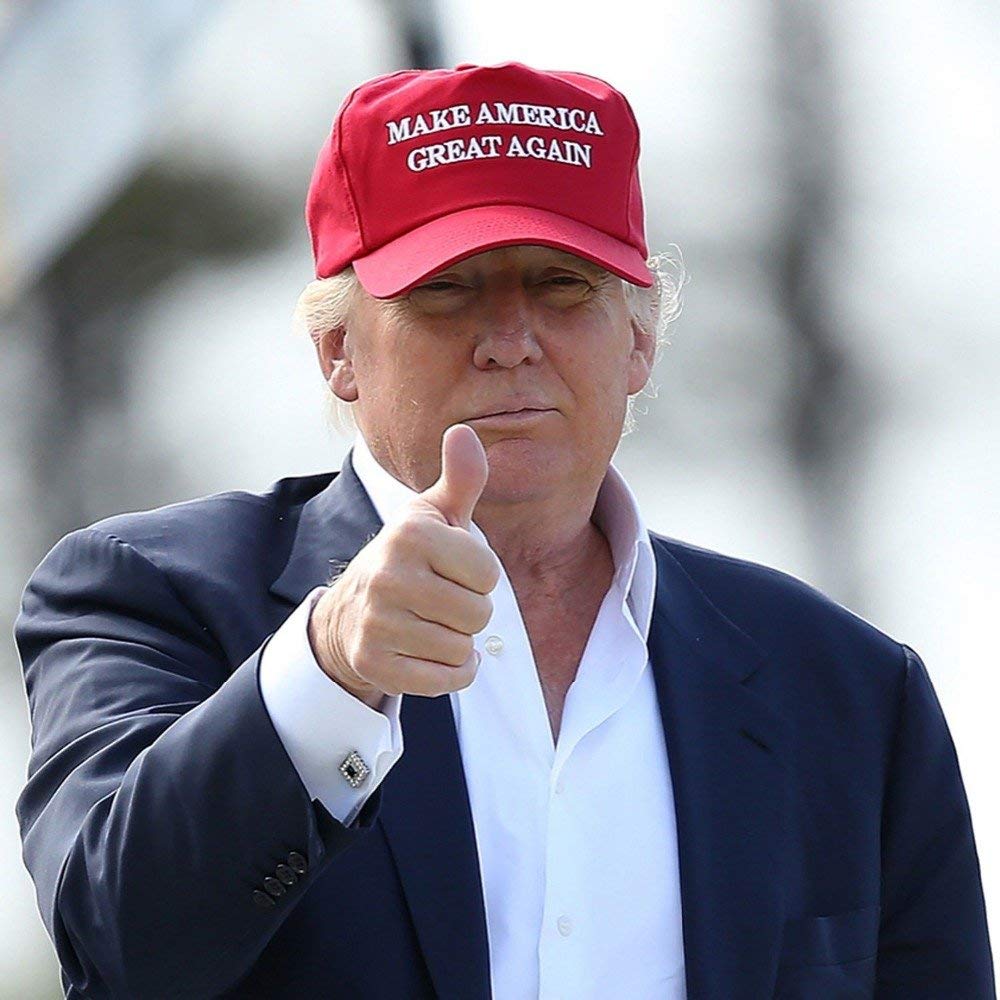 The Manichaean forces seem to be aligning themselves as this all begins to take the shape of a struggle between Good and Evil. When so much is at stake, shades-of-grey nuances become mere distractions or filibusters.

A sentient being – unlike a chair or table – cannot have an “owner” in the usual sense.

The relationship must be more like that between a legal ward and her legal guardian (or caretaker or parent).

Guardians must be entitled to go to court in the interest of their ward.

Without this the notion of “well-being” is voided of meaning — and with it the notion of a sentient being with biological imperatives (= interests) that must not be violated.

It is incoherent to enshrine this interest in law, formally recognizing animal sentience and its biological imperatives, yet not accord that interest legal standing in court.

It was explicitly in order to distinguish a sentient being from an insentient object without any interests that Quebec’s AWSA (BESA) law was adopted.

That is why the sentience law implies, both logically and practically, that the legal status of “owner” likewise needs to be updated to make it conform and cohere with the animal being’s status of sentient being.

That is why the status of guardian or parent is much more appropriate and natural than “owner” in the case of a sentient being as opposed to an insentient object.

The only way to resolve, logically and fairly, the inconsistencies described above (owner, property, insentient object, sentient being, biological imperative, interest, guardian/caretaker/parent) will be to develop a new legal category of agent, other than “ordinary owner,” for those who have the care of a sentient being (human or non-human). If biological imperatives were not personal interests, the distinction between insentient objects and sentient beings would be empty and meaningless.