Yesterday, the student volunteers Lucy, Halina and Matthew accompanied me on a trip to the Solent Sky Museum near Southampton Docks, to further investigate the US Naval Airfield on North Stoneham Farm.

Whilst there was a short passage on Edwin Rowland Moon, or ‘Eric’ as referred to here, the museum’s focus was not on the airfield at Eastleigh during the First World War. However, we found an individual at the museum who had some knowledge of the area. He recognised the airfield as ‘US Base B’ when the Americans arrived, but only as a farm beforehand, discrediting the experimental flights during this time. It seems less flying took place here during the Great War than we previously thought!

This personal account will help take our research in a different direction, and we look forward to presenting our findings soon. A big thank you to Solent Sky Museum for accommodating us, and to David Hatchard for talking to us! 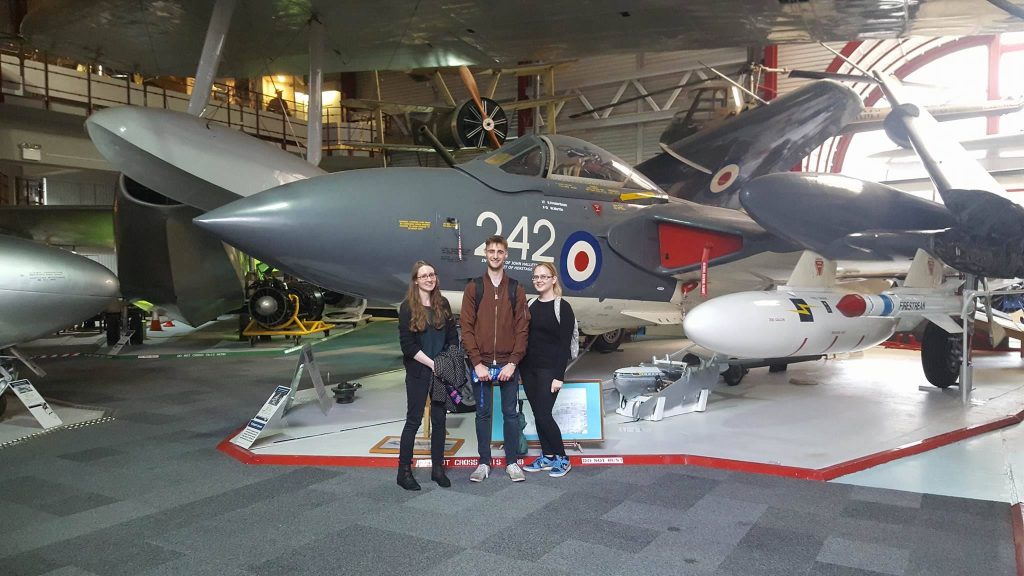 An afternoon at the Solent Sky Museum

Riverfest 27/05/17 by Matthew Murphy
The Project and the Swaythling Community!