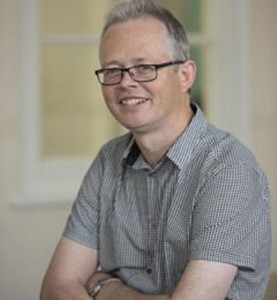 Dissertations are almost due and final papers loom, but everyone needs a break sometimes. To help you out, we’re pleased to offer this episode of Southampton History Speaks! In this episode you can listen to Mark Stoyle talk to Rachel Herrmann about his work on cannibals, witches, the English Civil War, and Exeter’s aqueducts.

You’ll learn about destruction of property, how women cross-dressed as soldiers in the English Civil War, and why people thought witches had familiars. Hear Mark talk about how his research has evolved over time, from squeezing into the tiny spaces of Exeter’s archaeological sites, to writing a whole book about Prince Rupert’s dog, to asking if Sir Thomas Lunsford was really a human flesh enthusiast.

You can right-click on this episode link to open it in a new window and stream the podcast without having to download it, or you can subscribe to the podcast in iTunes U. If you want to learn more about History at the University of Southampton, you can visit our website, follow us on Twitter, or like us on Facebook. We’re always keen to hear your feedback about things we can do to improve, or about topics you’d like to see covered in future. A list of suggested reading is also included below. Thanks for stopping by!

Stoyle, The Black Legend of Prince Rupert’s Dog: Witchcraft and Propaganda during the English Civil War (2011).

McShane and G. Walker (eds), The Extraordinary and the Everyday in early modern England (2010).

Stoyle, ‘The Road to Farndon Field: Explaining the Massacre of the Royalist Women at Naseby’, The English Historical Review, volume 123, no. 503 (August 2008).

Hughes, Gender and the English Revolution (2012).

Stoyle, Water in the City: The Aqueducts and Underground Passages of Exeter (2014).
Underdown, Fire from Heaven: Life in an English Town in the Seventeenth Century (1992).

1 thought on “Episode 5: Mark Stoyle on Cannibals, Witches, and the English Civil War”