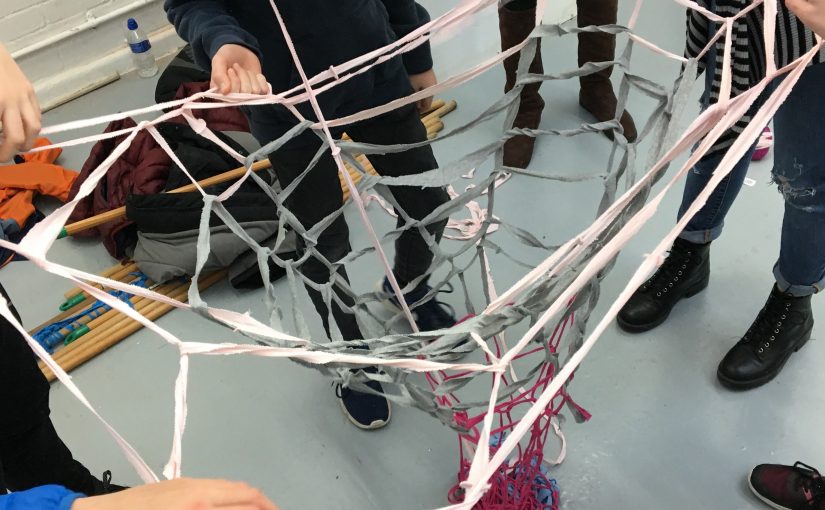 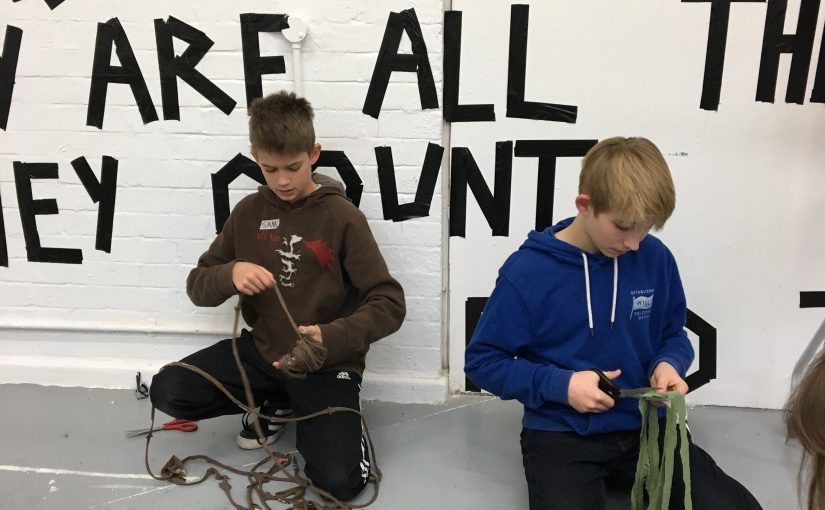 Today’s workshop was led by Antonia Sullivan, tutor on BA Textile Design specialising in knit. She introduced us to the variety of ways that knitting can be used as a basic binary process. Depending on the type of yarn and the scale it has an amazing number of applications: from clothing to heart surgery. There were examples of giant flags knitted by cranes, knitted computer coding and miniature clothing smaller than a fingernail.

We made yarn out of old t-shirts by cutting them into strips to create a continuous length. We then knitted this on giant needles. Only a couple of the group had knitted before but we got the hang of this really quickly and the thick yarn meant we made speedy progress.

During our break we took a tour around the BA and MA Fine Art interim show. Georgia, Saturday Club assistant, had a sound work in the exhibition so it was great for us to get a better idea of her practice. It was an interesting contrast to our visit to the Courtauld Gallery to see the variety of media and subjects explored by the students studying at WSA.

Once we had got to grips with hand knitting we moved on to making pom-poms. We turned chairs upside down to use the legs to wind the yarn. We chose as many different colours and textures of yarns as we wanted and used as much yarn as we could wind and then tied it into sections. Then we cut the windings, which magically transformed into pom-poms.

The morning was a playful but productive introduction to the possibilities using just a length of yarn.

For inspiration and resources take a look at the pinterest page Antonia has set up:  https://www.pinterest.co.uk/sprig_knitwear/knitting-saturday-club/