This has been a busy few weeks for those of us interested in issues of Gender Equality at Work. First, a report produced by Women’s Aid and the Fawcett Society in May showed that current government spending cuts have hit women disproportionately hard and are threatening to reverse any gains in gender equality which have been achieved over the last few years.  A key factor here is that the Coalition’s austerity measures have cut public sector jobs –the very jobs which are largely occupied by women. This has an effect on both women’s incomes and their pensions.  As Vivienne Hays, Chief Executive of the Women’s Resource Centre argues, “austerity should not be an excuse for discrimination”.

Later in May, Harriet Harman’s Commission on the experience of older women in the workplace revealed how, of all presenters over the age of 50 on British TV, only 18% are women: fewer than one in five. Whilst 39% of TV presenters as a whole are women, the vast majority of these are under 50. Once women hit the age of 50, a combination of ageism and sexism ensures their careers are on the decline.  This is in spite of the fact that a BBC survey last year found that audiences would welcome more middle and older age women on television, providing positive role models and greater gender equality (Guardian 16 May 2013 p9). In June, we celebrated the centenary of the suffragette Emily Davison’s death. Exactly a century ago, she was knocked down by the King’s horse in the Epsom Derby as she attempted to draw attention to the Votes for Women Campaign. Fifty five years later, a group of women workers at the Ford Dagenham plant, infuriated by the pay structure which blatantly favoured male workers, made history by going on strike and marching to Whitehall. Their action resulted in the women agreeing to return to work and the conception of the Equal Pay Act of 1970. Now, in 2013, despite many improvements in gender equality in the workplace, there is still a 15% pay gap on full time hours, and this almost doubles in part time roles, many of which are filled by women. As the Fawcett Society argues, it is as if from 7th November to the end of the year, women work for nothing! 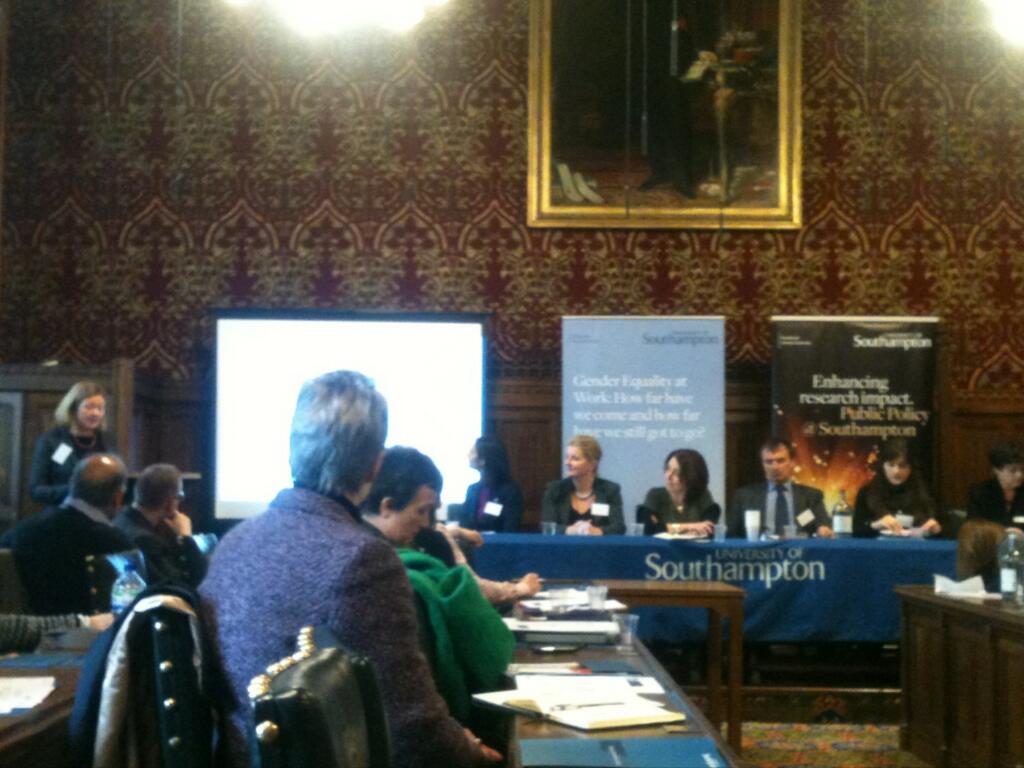 Such issues of Gender Equality at Work are the focus of the PublicPolicy@Southampton Policy Commission currently being conducted by Susan Halford and myself. After our successful seminar at the House of Commons on International Women’s Day on the 8th March, we are in the process of interviewing a range of influential stakeholders including Kay Carberry, the Assistant General Secretary of the TUC and Scarlet Harris, Women’s Equality Officer at the TUC; Sarah Jackson and Liz Gardiner of Working Families, Baroness Margaret Prosser and Helen Sachdev of the Barclay’s Bank. The interviews will inform a Policy Briefing which will be disseminated later in the year in which the key question : ‘Gender Equality at Work : where are we now and how far have we still to go?’ will be addressed. Keep checking for further updates!