I wish to propose this panel for the BASAS conference 2022 as it will give an opportunity for researchers on social movements in South Asia for a dedicated space to present their work. I am researching two social movements in post-colonial India and I am sure this will give an opportunity to many scholars who are studying in this field or related fields of resistance or opposition to ‘develop’ projects which mainly involve justice and rights and relate to environmental destruction and loss of rights over land. Current research on contemporary or historical movements will enhance our understanding  of the  changing nature of the state and its ideas of market driven development which are putting at risk indigenous communities or those who survive on land and  nature.  The  research broadly can be on any social movement and focus perhaps on the leadership,  impact and the agency it has given to empower voiceless communities. In can also be a political history of the movement  and the nature of the mobilisation, and the role of women or marginalised  communities.  However, issue- based movements have their limitations and in some countries, long standing movements are  faced with stagnation and  questions over continuity, while the issues they fought for remain unresolved. This panel should appeal to scholars of contemporary social movements, historians, and those in social sciences and political sciences.

Associations, ashrafization, and group-based experiences of politics: re-investigating the debate on Muslim caste in South Asia

Some scholars have considered caste to be exclusive to Hinduism. This conception fuelled popular representations of South Asia and official categories that tend to invisibilize caste hierarchy among Muslims. Yet, many others have shown that caste, as a principle of social organisation, is one of the defining features of Muslim communities that organised themselves on the basis of endogamy, descent-based status, or occupational specialization. Recent scholarship on community histories and caste associations, especially those led by non-elite, non-ashrāf actors, has refined our understanding of the processes of upward social mobility taken up by these actors, as more than merely an aspiration to ashrāfisation.

This panel intends to examine Muslim societies in South Asia through the lens of caste hierarchies by exploring three main dimensions. First, by tracing the history of caste associations from across regions and locations, we hope to complicate claims of representation, interrogate sites and practices of exclusion and inclusion, and probe into the temporal aspects of such claim-making. Second, we hope to further question the concept of ashrāfisation. Is ashrāfisation systematically the main strategy deployed by certain caste groups that aspire towards upward social mobility? Finally, we want to ask how the caste position of Muslim actors affects their experience of politics and of historical events (such as, but not limited to, Partition, or the rise of Hindutva politics in contemporary India). We invite contributions from all social science disciplines that address these questions and encourage contributors to bring forth new empirical material. We thus hope to re-investigate the debate on Muslim caste, reflect on processes of identity formation, and better understand the political salience of caste in South Asian societies.

The rule(s) of law under Hindutva

India is increasingly described as an ‘ethnic democracy’, ‘populist majoritarian autocracy’ or ‘ethnocracy’: a form of rule supported by an electoral majority rooted in ethnic affiliation, with limited and eroding checks and balances that would protect minorities. Since the BJP’s re-election in 2019, we have seen changes to constitutional arrangements and institutional design as well as growing physical and structural violence against minorities. Our contention is that law operates rather differently under such ‘ethnocratic’ circumstances, both in serving different political and social functions and in following different rules, being designed and practiced differently from its original constitutional imagination. For one, law is becoming more overtly discriminatory, with the Citizenship Amendment Act being the most prominent example. We also see attempts to replicate laws such as the Disturbed Areas Act in Gujarat or the various anti-conversion or cow protection laws in different states across India. On the other hand, we want to ground more general studies of populist/majoritarian/autocratic law by unpacking the specific Indian version of it: how does Hindutva as a political ideology and the current dispensation as political agents conceive of the rule of law, its purpose and function? Which rules do they want the law to follow? We invite papers that either trace these ideological commitments and/or track material changes in legislation or jurisprudence, and/or map out their differential consequences for India’s minorities, and welcome comparative perspectives.

Gendered Apparatus of the State and Military

The panel invites participants to engage with established themes within International Relations, Security Studies, Political, and Gender Theory. Discussions will revolve around subjects such as militarisation, securitisation, and nationalism; how these ideologies are understood and examined from a gendered-security perspective, and from a Global South perspective.

The panel will debate women’s roles, their positions, and centrality in the military-state appartus of a country, and explore the ways in which these gendered contributions have shaped notions of security, national identity, and military power. Discussions will revolve around, what, if any, is the role of women in attributing a gendered character to the notion of security, in validating or propagating militarisation as beneficial, and in advocating patriarchal state control in the name of nationalism. The role of women as guardians of gendered stereotypes, perpetrators of violence, propagators of authoritarian forms of state control, and supporters of patriarchal domination will assessed.

Emphasis will also be laid on the role of ‘gender’ in defining and understanding these state discourses. Questions such as — how gender is understood within security-state establishments and how these state-militarised conceptualisations of gender shape the practice of militarisation, securitisation, and nationalism, will be explored.

Finally, the panel will problematize and question the role of the state and military, and raise questions as to its status as ‘protectors’, by engaging with varied meanings of security and the diverse ways in which security is practiced.

Gender and the nation: women activists in the early 20th century

This panel aims at exploring the lives, thought, and works of Indian women activists in the early 20th century. Though sometimes not strictly linked with nationalism, especially in the first half of the 20th century the activities of Indian female activists were often shaped by the traditional as well as the colonialist discourses on gender. Thus, this often led to forms of negotiations and/or disruption of the traditional gender boundaries. This panel addresses the complex and layered relationship between gender, nationalism, and agency in the political and social work of women activists.

If you would like to submit a paper for any of these panels, please use out paper submission page which can be found here or under the abstract submission tab. 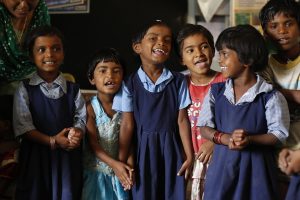 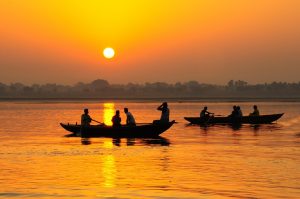