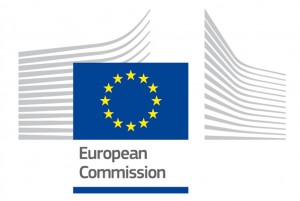 This website has been created at the Archaeology Department at the University of Southampton (United Kingdom). It is a reality thanks to funds provided by the Marie Curie Actions scheme (Intra-European Fellowship) of the 7th Framework Programme of the European Commision, as part of the IBERENCLOGIS project (PIEF-GA-2012-326129). This research project is based on a comparative and multi-scalar approach to Iberian and European Neolithic-Chalcolithic enclosures (including ‘ditched’ but also ‘walled enclosures)’. The GIS analyses executed have shown interesting differences between Iberian enclosures: 4th and 3rd millennia BC ditched enclosures, on one side, and 3rd millennium BC walled enclosures, on the other. This suggests dissimilarities in function or meaning, or changes over time. Both the IBERENCLOGIS project and the ‘Ditched Enclosures in Neolithic Europe’ website have been developed from 2013 to 2015 by Víctor Jiménez Jáimez at the University of Southampton, under the supervision of David Wheatley.

More information about the website, its objectives and the authors, below.