Both the IBERENCLOGIS project and the ‘Ditched Enclosures in Neolithic Europe’ website have been developed from 2013 to 2015 by Víctor Jiménez Jáimez at the University of Southampton, under the supervision of David Wheatley. 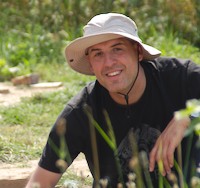 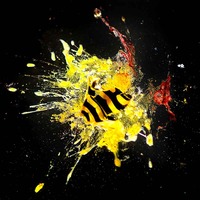 David W Wheatley is Senior Lecturer at the University of Southampton (United Kingdom). He completed his BSc in Archaeology from University College Cardiff in 1988, his MSc in Archaeology Computing at Southampton in 1988/9, and his PhD in Archaeological Applications of GIS with Case Studies in Neolithic Wessex  at Southampton in 1994. He was co-director of Negotiating Avebury Project (1999-2004) with Josh Pollard and Mark Gillings. He is a member of the AHRC peer-review college, peer review panel of CAA, Advisory board of MENGA, the Journal of Andalucian Prehistory and SPAL, the Archaeological Journal of the University of Seville. He is widely considered one of the top European experts in the applications of Geographic Information Systems to Archaeology. In the last few years, his focus has been on the Prehistory of southern Iberia, and he regularly collaborates with the University of Seville (Spain), among others. 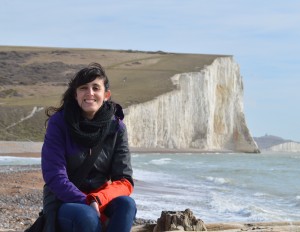 Adara López-López is a PhD student at University of Alcalá (Madrid, Spain). She studies the use of Geographic Information Technologies (GIT) to detect and study human settlement during Recent Prehistory in the South-West of the Iberian Peninsula, advised by Primitiva Bueno-Ramírez (UAH) and Enrique Cerrillo-Cuenca. From January to June 2015 she was a visiting PhD Student at University of Southampton under the supervision of David W Wheatley, learning about applications of GIS in Archaeology and Neolithic in Europe. She is becoming an expert in LiDAR and other remote sensing techniques in Archaeology, particularly when it comes to ditched and walled enclosures in Iberia. 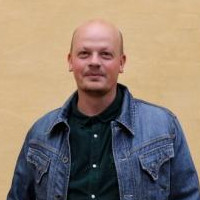 Emil Struve is currently excavation manager at ROMU, an organization of various types of museums in the greater Roskilde area, including Roskilde Museum (Denmark). He received training in Prehistoric Archaeology (both BA and MA) at the University of Copenhagen, Saxo Institute. His Masters thesis was titled ‘With a view to change? Presentation and interpretation of the Neolithic palisaded enclosure at Kignæsbakken’. He has worked as field archaeologist for several museums and cultural institutions in Denmark, such as the Skanderborg Museum, the Museet Færgegården, the Museet for Varde By og Omegn, the Aalborg Historiske Museer, the Danish Heritage Agency and the Museum Sydøstdanmark. His main research interest revolves around the Neolithic period, with a focus on monumental constructions in the Scandinavian early and middle Neolithic, and more specifically enclosures. He is currently seeking funding for a PhD on the subject.