Intercultural pedagogies for language learning in “unstable” and “stable” contexts: Some affordances, challenges, and complementarities

Language learning may be seen as a human project. Through language learning, and through (intercultural) communication, learners inhabit new environments; learn new ways of communicating; develop new subjectivities; and see themselves represented and misrepresented by others and by the institutions (e.g., educational) which form and shape their identities. Contexts of instability and stability offer both affordances and challenges for all teachers and learners in opening up new possibilities for being and engaging with others, for addressing prejudice, ethnocentrism, racism and other “isms” that may limit or deny individuals’ complexity and multiple identities.

In this presentation I illustrate (through various research projects I have been involved in) the scope for interculturality in language education in enriching understanding of linguistic and other diversities—a possible affordance for language learners in “unstable” contexts characterised by migration, displacement, and precarity. I juxtapose this context with what might be considered a more “stable” context—that of language learning in China where learning English is typically valued for instrumental reasons; inscribed within rigid pedagogies, curricula, and assessment structures; and underpinned by an outward-facing political agenda (manifested in the “Belt and Road” strategy). Drawing on the Erasmus+ project Resources for Interculturality in Chinese Higher Education (RICH-Ed) which seeks to incorporate interculturality into the English language education context in universities, I discuss some of the complexities we (as a project team) are facing in the early stages of the project in introducing an intercultural focus into language education in a seemingly “stable” context, a context which possibly characterises many language learning contexts around the world.

The neoliberal recalibration of language teacher identity – possibilities for a ‘great refusal’?

It is now well over a decade since David Harvey (2005) argued that neoliberalism had ‘become hegemonic as a mode of discourse’ and that it had ‘pervasive effects on ways of thought to the point where it has become incorporated into the common-sense way many of us interpret, live in, and understand the world.’ Consisting of a sustained, if not always consistent, attack on the institutions associated with welfare statism and all forms of workplace and human collectivity, neoliberalism also entails the marketization of areas of life which, in many countries, were previously outside the market. Amongst the institutions affected by neoliberalism, education is one of the most prominent. Its impact has been particularly noticeable in the recalibration of those identities central to teaching and learning – namely the ways in which students are recast as customers of educational institutions and consumers of educational products, and teachers are repositioned as service providers.

In this talk I focus mainly (but not exclusively) on English language teachers and I argue that the process of becoming an English language teacher and the experience of working as one repeatedly raise issues of identity which are in need of exploration – particularly so at the present moment when English language teaching is becoming ever more firmly imbricated in a complex set of marketized global educational processes. These processes combine to involve teachers in structures – institutional, national and international – which are not of their making but within which they have to negotiate their professional identities in ways which are congruent not only with structural demands, but also with their own already existing gendered, classed, raced and other identities, and their own beliefs about teaching and learning. I will suggest that the current challenges to the neoliberal project globally can be seen an opportunity for a Marcusean ‘great refusal’ of the neoliberal identities currently on offer and allow teachers to lay claim to being the kinds of professionals they want to be. In that endeavour the conceptual affordances of identity may prove to be particularly useful in the political struggles which lie ahead. 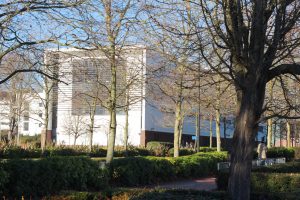 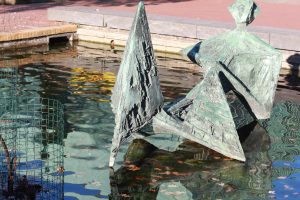