The University of Southampton Small Satellite is formed of many smaller elements, or subsystems, that cannot achieve everything we want the satellite to do by themselves. These subsystems range from an on-board computer, which monitors the health of the satellite and executes the actions we schedule for the satellite, solar panels and batteries that provide electrical power, or a radio link that we can use to receive data from and send commands to the satellite. They extend beyond the physical envelope of UoS3. In fact, a ground radio station and a website are also needed to achieve the mission objectives of the CubeSat.

However, we tend to focus a lot, but not exclusively, on the parts that will form the actual spacecraft because everything else can be changed or fixed even after the satellite is launched. And when we ship the CubeSat off to the launch site we will never see it again, perhaps only on photographs. The design of this “space segment” is not trivial. Click here to learn more about it. 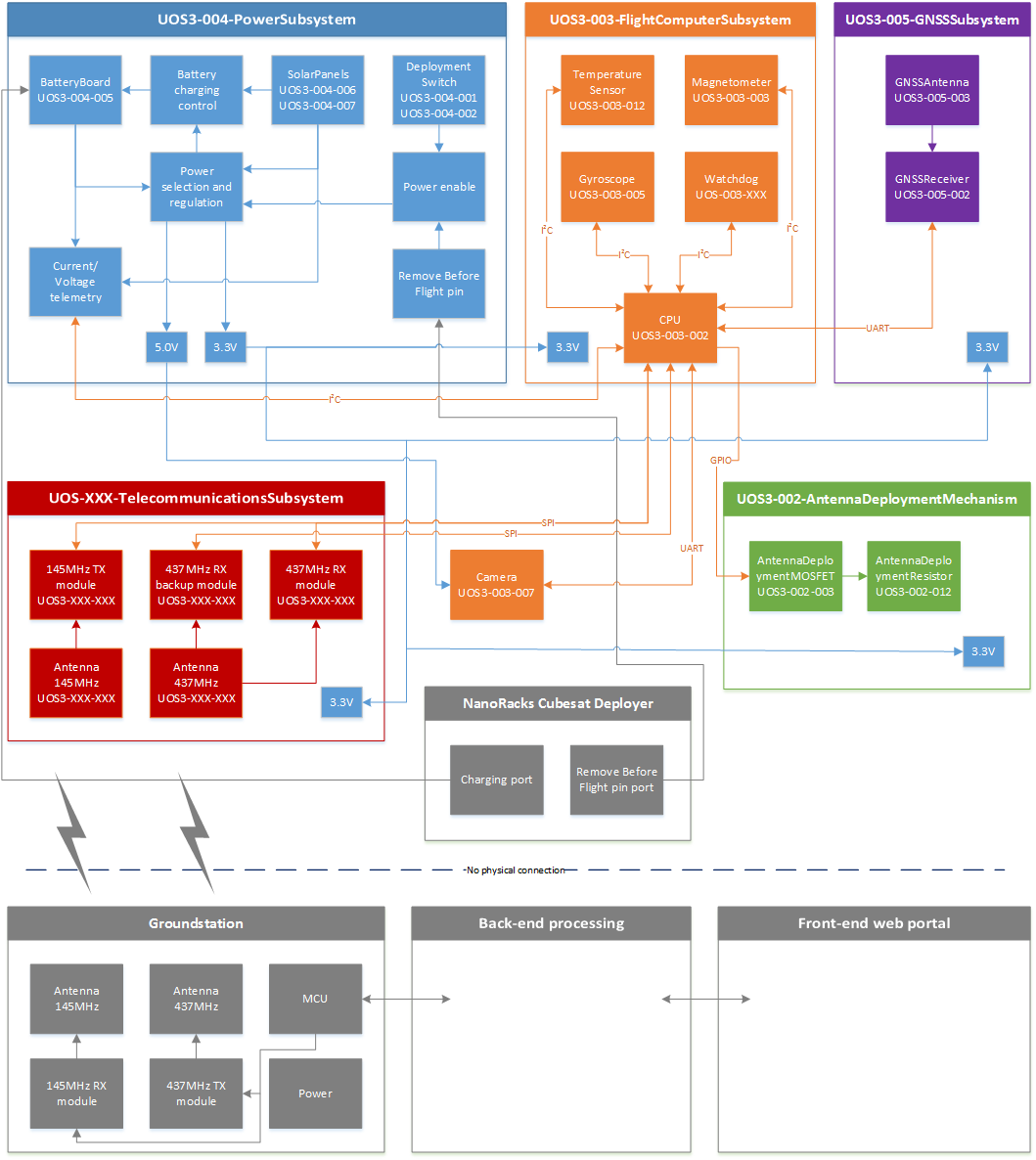