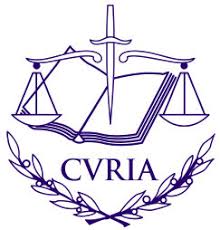 his Opinion in VCAST, C-265/16 [here], the Court of Justice of the European Union (CJEU) has now released its decision in this case.

This was a reference from Italy (Turin Court of First Instance) that one would have thought [as the questions were indeed about it!] to concern the understanding and application of the private copying exception within Article 5(2)(b) of the InfoSoc Directive to cloud-based video-recording services.

Well, although the AG Opinion is indeed about this, the CJEU judgment is not.

The Court, in fact, made the case about the right of communication/making available to the public within Article 3 of the InfoSoc Directive.

Let’s start then and see why VCAST is not really – or at least is no longer – a case about the private copying exception.

The facts of the case are rather simple: basically, the Italian litigation revolves around the lawfulness of a cloud-based recording service, provided by VCAST, that allows its customers to make copies of terrestrial TV programmes broadcasts including, among other things, those of RTI.

Importantly, the possibility to make such recording is granted irrespective of whether customers can lawfully access the programmes terrestrially, ie offline. A clear instance is, as well explained by the AG in his Opinion, that for RTI programmes it is generally required that the user happens to be on the Italian territory.

Under Italian law it would appear that VCAST activity might be lawful, although the CJEU did not consider this a given. Nonetheless, the Court deemed it helpful to base its analysis on the assumption that Italian private copying exception applies to VCAST’s activities.

The question became therefore whether a national law of this kind is compliant with what Article 5(2)(b) of the InfoSoc Directive (read in combination with the three-step test in Article 5(5) therein) provides.

Private copying … but is VCAST’s service only about the making of copies?

After recalling that exceptions should be interpreted strictly, the Court confirmed the finding of the AG – which follows from the seminal Padawan decision – that for the private copying exception to apply it is not required that the beneficiary is the one who directly makes the copy of the copyright work at issue.

More fundamentally, in fact, VCAST does not only organize the recording of TV programmes for its customers but, instead, makes them available to them in the first place. It follows that VCAST’s activity cannot be assessed exclusively under the binary distinction reproduction/private copying. It is also necessary to take into account the making available part and, with it, Article 3 of the InfoSoc Directive.

What does all this lead to?

“[A]lthough the private copy exception means that the rightholder must abstain from exercising his exclusive right to authorise or prohibit private copies made by natural persons under the conditions provided for in Article 5(2)(b) of Directive 2001/29, the requirement for a strict interpretation of that exception implies that that rightholder is not deprived of his right to prohibit or authorise access to the works or the subject matter of which those same natural persons wish to make private copies.

It follows from Article 3 of Directive 2001/29 that any communication to the public, including the making available of a protected work or subject matter, requires the rightholder’s consent, given that, as is apparent from recital 23 of that directive, the right of communication of works to the public should be understood in a broad sense covering any transmission or retransmission of a work to the public by wire or wireless means, including broadcasting.” [39-40]

So, again, communication/making available to the public

The Court thus moved on to recall the requirements for an act of communication (or, rather, making available in this case) to the public [the judgment refers extensively to Reha Training, which – despite being a Grand Chamber ruling – has been quite neglected in decisions like GS Media, Filmspeler and Ziggo].

“without the rightholder’s consent, the making of copies of works by means of a service such as that at issue in the main proceedings could undermine the rights of that rightholder.

This means that VCAST’s service cannot be provided without the prior authorization of the relevant rightholders, in that its activity also amounts to communication/making available to the public within Article 3 of the InfoSoc Directive.

The outcome of the VCAST case is not surprising, nor is the fact that the CJEU answered the questions referred by the national judge rephrasing them and considering issues other than those raised.

More generally, the decision highlights once again the absolute centrality of the right of communication/making available to the public, especially in the online environment.

While cloud-based video recording services per se are not to be regarded as unlawful, certainly the CJEU decision sets precise boundaries for designing a service that would be compatible with EU law.

The first condition, stressed in particular by the AG, is that users of a cloud-based recording service must have lawful access to the terrestrial programmes that they wish to record in the first place.

The second condition is that the provider of a video-recording service cannot elude the authorization of the relevant rightholders when what it wishes to provide is a service that allows the recording of content by making it available for recording in the first place. But is this a probatio diabolica? Possibly. If so, then cloud-based video recording services would likely need to be licensed to operate under EU copyright law without the risk of infringing third-party rights.

[Originally published on The IPKat on 29 November 2017]

Earlier this week the Florence Court of Fir 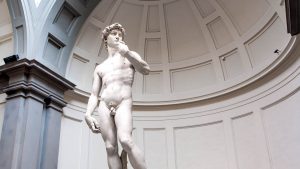 st Instance (Tribunale di Firenze) issued an important and interesting decision [not yet available], which has been widely reported by newspapers in Italy [eg here, here, here, here] and abroad [eg here].

The Avvocatura dello Stato, this being the body responsible for advising and representing the Italian state (including in legal proceedings), sued a company, Visit Today, before the Florence Court of First Instance, seeking to obtain a decision that would prohibit this from selling unofficial tickets for the Galleria dell’Accademia in Florence, also using brochures and materials depicting what is probably the most famous guest of this beautiful museum: Michelangelo’s David.

The Florence court sided with Avvocatura dello Stato, and prohibited Visit Today from using the David’s image for commercial purposes.

I have received several messages asking what the possible grounds for a decision of this kind would be, since copyright protection in this artwork has clearly lapsed … well, at least economic rights.

It is in fact worth recalling that in Italy moral rights protection is perpetual and also the State [or rather, the Head of Italian Government: see Article 23 of the Copyright Act] can enforce an author’s own moral rights. Similarly to other droit d’auteur jurisdictions, Italian courts have interpreted moral rights provisions generously, with the result that the scope of the right of integrity is rather broad.

This said, the main ground for the decision appears to have been [as I mentioned, the decision has not been published yet] the Italian Cultural Heritage Code, also known as Codice Urbani [see here for a recent discussion of Italian freedom of panorama and its relationship with the Code; see also here for an analysis of the decision].

Article 106 of the Code sets the general principle that for cultural heritage items subject to their own control, the State, the various Italian regions and local public bodies may allow individual applicants to use such items for purposes compatible with their own cultural value.

This means that for-profit uses of cultural heritage under the responsibility of Italian public administration are not generally free: instead, they are subject to preventive authorization.

Articles 107 and 108 of the Code provide that the competent public administration may allow third-party uses of an item – including an artwork – belonging to Italian cultural heritage, subject to the payment of royalties to be determined on the basis of – among other things – the type of use requested and the possible economic gain that the user would obtain from the use of the item.

This said, authorization is not required in each and every case. Article 108(3-bis) clarifies in fact that non-profit uses of cultural heritage items for purposes of study, research, freedom of expression or creative expression, and promotion of the knowledge of culturalheritage do not require authorization.

A surprising decision? Not really

The Florence court’s decision, therefore, is not surprising. It is not the first time, in fact, that improper and unauthorized commercial use of Italian cultural heritage has been at the centre of litigation or … threats of litigation. With specific regard to Michelangelo’s David, readers will for instance remember the rather recent case of the ‘armed David’ [here].

Similarly, lawyers who advise clients in the advertising business regularly remind them that the Cultural Heritage Code may prevent them from using works that, otherwise, would be in the public domain from a copyright standpoint.

What is at stake

When visiting Italian cities like Florence, Rome, and Venice it is very frequent to see long queues outside museums and monuments. Invariably frequent is also the sight of vendors (known as ‘bagarini‘) offering tickets – at prices higher than the official ones – to people standing in the queue, alleging great bargains and promising to let them skip the queue (admittedly a rather attractive perspective when you are queuing under the sun and facing a temperature of 38°C).

However, visitors are also often victims of scams.

The reason why the Avvocatura dello Stato brought the present proceedings was indeed also to set a ‘precedent’ and reduce, and possibly eliminate, the problem of bagarini.

Commenting on the Florence decision, Italian Minister of Culture stated that the decision is a good step in the direction of repressing the unauthorized sale – including over the internet – of tickets for Italian cultural heritage sites and the improper use of cultural heritage items. Headded that this decision “is an important step forward for the protection of consumers and the protection of masterpieces held in Italian museums.” The Cultural Heritage Ministry – he added – will continue to monitor improper uses and take action in all cases that infringe relevant provisions in the Cultural Heritage Code.

Although the decision is of course limited to the defendant’s activities, according to the director of Galleria dell’Accademia, Cecilie Hollberg, the outcome will serve as a model for all the museums that face the problem of unofficial ticket vendors who sell tickets at a higher price, thus scamming wannabe visitors.

[Originally published on The IPKat on 25 November 2017]

I would like to give you a warm welcome to our new Law School Blog, written by Southampton Law School academics and students. It is intended as a place where the latest news can be shared and ideas exchanged with anyone interested in legal developments and the work undertaken at Southampton. 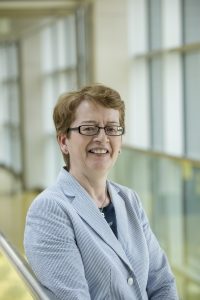 The blog will serve as a forum of more informal discussions for the high-quality work of our staff and students: feel free to comment, get in touch, and be part of our vibrant community!