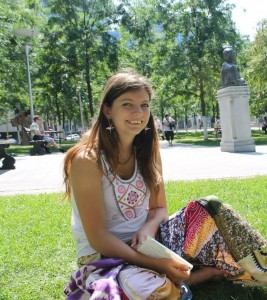 My name is Claire St John Eve and I am currently working as a project intern on the Ethnographic Encounters Project , creating resources for University of Southampton students and for this website, and helping to organise our workshop & conference on 4th November.

For my year abroad I lived with a family in a tiny village called Peñaflor near Zaragoza, Spain and worked as an English language Assistant in Huesca.

My YARP title was “How do trans* Spaniards construct national identities in contemporary Spain?” It was based on one-to-one interviews with four individuals who identified as trans*, which were conducted throughout the year. I chose to study this particular group because I was (and still am!) interested in issues of gender identity, and I also wanted to conduct research which would give people from an under-represented group a voice.

The main challenges I faced 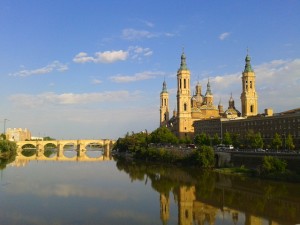 were finding participants – a few interviews were cancelled along the way which was quite demotivating, and I didn’t end up with as much data as I would have liked: I even took a trip to Granada once because someone who lived there was willing to meet me, but they cancelled at the last minute! So the big piece of advice I would give to anyone conducting a similar type of research would be to take every opportunity to meet with participants, even when you’re not really feeling up to it. I found out that relationships with participants can be very tenuous and you have to be quite persistent in order to establish contact with people! 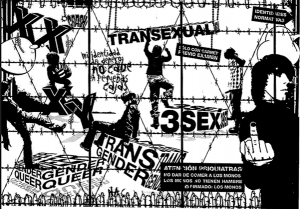 being able to meet some amazing people with such interesting stories as part of my research. It gave me a chance to meet locals and I definitely felt a more like part of the city because of it. I definitely felt much more confident in my Spanish language abilities at the end of my year abroad.

I would really encourage anyone who is thinking about ethnographic research to consider studying an unfamiliar group or environment – I found it challenging to step out of my comfort zone, but it was so worth it! I was so glad to have been able to conduct research which allowed me to meet and work with new people, practise my Spanish and have completely new experiences.