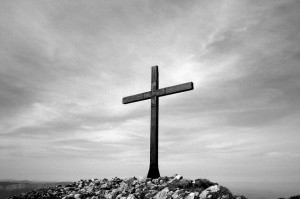 I went to Hessen, Germany. My topic was an in-depth ethnographic study into a church there, where I attempted to write about how the sense of community in the church had been built. This also led to me asking (and answering) why people come to and stay at the church.

I originally decided to write this project because I wanted to attend the church there anyway. When I was looking at the church website I was wondering to myself how the church survived in what must be a transient population – the church caters to English-speakers in a German city. From this I thought more deeply about the nature of communities and lo and behold my project was born!

When I got to Germany I attended church most weeks, and generally came away from each service/event with one or two observations, which I eventually incorporated into the project through further observation. I found that I tended to get the most interesting observations when I was least expecting it, in a conversation over coffee or in a brief chat on the stairs. In the end I didn’t conduct formal interviews, but just the information I gained from chatting to people around the church was brilliant. The fact that I was at the church most weeks enabled me to do a lot of interesting research into it, which I wouldn’t have had the opportunity to do if I only went occasionally.

The main challenge that I faced doing the YARP was that I absolutely detest being the centre of attention. If I had felt able to stand up in front of the congregation to announce that I was doing this project I would have probably found a lot more people with interesting things to say. On the other hand, ‘uninteresting’ or unguarded speech almost always says more than someone who has a specific thing to say, because those people tend to have a reason for saying it, which isn’t always because it’s the truth. I was concerned that some people would want to gain favour in the church or to score points by getting themselves in my project.

The ethnographic experience absolutely changed my year abroad experience. I don’t know if, without the added motivation of the project, I would have gotten up early every week to travel to Frankfurt and spend hours talking to people I would never have otherwise had the opportunity to meet.

I also struggled with staying on topic a bit. There was a parishioner who I had been wanting to talk to for ages, because he had a very specific and interesting story about how he came to be 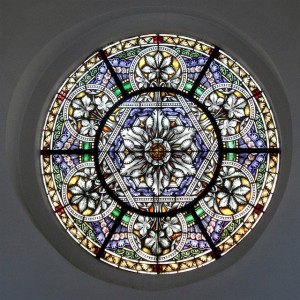 at the church – eventually I ran into him on the subway and instead of talking about his fascinating life story we just talked about the Bob Dylan concert he had been to at the weekend. This is the nature of ethnographic work, however, and I think it’s what I enjoyed most about it, that it wasn’t asking questions off of a piece of paper, it was an organic and free-flowing conversation.

I had so, so many positive experiences of the research. Everyone was incredibly friendly to me, and were willing to talk. The very highlight for me, however, was the thanksgiving dinner where everyone chipped in food and ate together, with about 300 people crammed into a tiny hall. I’ll remember it for the rest of my life because it was such a fun and powerful feeling, all celebrating something quintessentially American together, despite being thousands of miles from America itself.

The ethnographic experience absolutely changed my year abroad experience. I don’t know if, without the added motivation of the project, I would have gotten up early every week to travel to Frankfurt and spend hours talking to people I would never have otherwise had the opportunity to meet. The YARP enabled me to broaden my horizons and I wish I could do it all again!

The most valuable thing I learned during my project is that people love to talk about themselves. It’s really helpful when conducting research because you’re asking about almost everyone’s favourite subject – himself or herself. You really have to take advantage of it, and listen to people, because when people are allowed to move the conversation in whatever direction they choose, you often get to very important and interesting places.