Our recent paper about the length of nursing shifts in hospitals has attracted quite a lot of attention including, I am reliably informed, a piece in the daily Sun. In simple terms, the issue is this: Traditionally, shift work was organised by dividing the day into three eight-hour shifts. Workers would generally work 5 such shifts per week. This pattern was the norm in nursing for many years. In common with other industries there is now a trend for some hospitals to adopt longer shifts, typically two shifts per day each lasting 12-13 hours. Employees work fewer shifts each week (generally three instead of five). Changes are driven by perceived efficiencies for the employer (fewer handovers and reduced overlap between shifts), and improved work life balance for employees because they work fewer days per week. However, persistent concerns have been raised about negative impacts on the quality of care associated with working longer hours.

Our study, based on a cross-sectional survey of 31,627 registered nurses in general medical/surgical units within 488 hospitals across 12 European countries, found that 15% worked these long shifts. But in some countries, most notably England, Ireland and Poland, the practice was far more common. Nurses working longer shifts were more likely to report poor patient safety, quality of care and more care activities left undone. This effect was independent of any effect of working overtime.

Now, there are lots of issues here – in the end this is only self-report. However, these results are consistent with a number of studies from other countries showing higher rates of nurse burnout and even increased patient deaths in hospitals where nurses work 12 hour shifts.

So what are we to make of these findings? Our results suggest that a policy of moving to longer shifts to reduce overall workforce requirements may have unintended consequences and reduce the efficiency and effectiveness of the workforce in delivering high quality, safe care. But the response to our paper in the social media makes it clear that the issue is not simple. While many nurses responding to reports of the study in the ‘trade’ magazine Nursing Times agreed that working long shifts compromised quality, others (and sometimes the same nurses) expressed a strong preference for them. The emphasis seemed to be on the benefits of the extra days off. Most of these benefits were for the nurses themselves, not for the quality of care they could provide.

This presents a dilemma. Personally, the idea of working 12-13 hours in a busy hospital ward is a daunting one. On the other hand the idea that I might only have to work on 3 days per week is appealing. I might be tempted by such a compromise. But what should be done if what is at stake is not simply an equation to be balanced between my preferences and my employer’s desire for efficiency. What is at stake here is the quality and safety of hospital care.

I suspect that there is no going back. Hospitals with 12 hour shift patterns are likely to find it very difficult to move back because their employees, often female and with children, have organised their lives around this pattern. But research such as ours does point to the vital importance of considering some of the staples of research on shift work over the years. It becomes increasingly important to ensure that nurses get adequate opportunity for rest between shifts and are not required to work too many long shifts in a row. And perhaps, if more research like this accumulates, some consideration does need to be given to restricting choice. The EU working time directive governs many aspects of working hours but, as far as I can see, these shift patterns seem largely outside its scope. But in the end, should employees in safety critical work be permitted to choose to work in ways that are known to increase risk and should employers be allowed to ask them to? 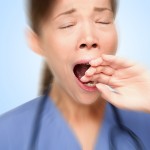 This edition of the Work Thought Blog was contributed by WFRC chair Susan Halford.

As the 21st century unfolds, it is rapidly becoming clear that most of us – in the West at least – will have to stretch our working lives far further into old age than the recently retiring generations. The steps taken by governments, employers and financial institutions to deal with the ongoing pensions’ crisis means that most of us will simply not be able to afford to retire in our early or mid-60s. Meanwhile, and in any case, the ageing demography of Western nations will demand that older workers stay in the labour market longer to fuel the emergent recovery and beyond.

Nowhere are the demands for older workers going to be more keenly felt than in the healthcare sector, where the conditions described above are greatly exacerbated by the needs of an ageing population for services and care. In short there’s a double whammy: an ageing workforce must meet the demands of an ageing population. To make matters worse, the healthcare sector currently has one of the worst records for long-term sickness and highest rates of early retirement of any sector in the labour market. It’s a triple whammy.

More generally, one thing is clear: we cannot continue to provide healthcare services in the way we have been doing. Whilst the precise solutions vary, there is widespread recognition that the balance between primary and community care must shift, so that fewer people are treated in expensive hospital beds, and that the traditional boundaries between professions and organizations must be breached to enable more flexible, joined up services. And new technologies are being introduced to underpin these changes, promising improved information, that can be used to manage complex patient trajectories, across multiple boundaries and provide detailed management information from which further lessons can be learnt and efficiency improvements made. But here’s the paradox: research across a range of disciplines suggests that the prevalence of early retirements rises in those organizations with the highest levels of change, particularly change linked to technical innovation. To put it bluntly: we have a looming workforce crisis in public healthcare, that will lead to major social crisis if we can’t resolve it, and current changes designed to secure the future of the health care system may only make things worse!

So it is rather important that we begin to unpick the dynamics of this. What is the relationship between organizational change and early retirements? Is this inevitable? And are there ways that we might intervene? The answer depends on how we understand age and ageing. If, as some research has suggested, older workers are simply more conservative and resistant to learning or change then we have a problem and, in healthcare especially, one that may be exaggerated by the physical demands of clinical work. However, recent research by WFRC in collaboration with colleagues at the University of Tromsø suggests a rather different explanation. This three year project with doctors and nurses over 50 years old, including some in retirement, at two large University hospitals in Norway concluded that it is not age per se that leads to early retirement but rather the conditions of work and organization of the workplace that leads to staff feeling under-valued, out-of step and incapable. It is not age that makes these workers resistant to change; its change – and the way it is (mis)managed – that makes these workers feel old. Feeling old, often for the first time, leads to thoughts of retirement. In particular, changes to the organization of work may make certain skills redundant, whilst staff are sometimes expected to just pick up new skills with very little training (especially related to the use of digital systems). Furthermore, the continued organization of working hours around the standard shift pattern can make the work too much for those with physical limitations, as well as those with domestic responsibilities (ageing parents can be as much of a conflicting demand for time and energy as children, but few employers are willing to recognise this). These points are underscored by the many cases that were found in the research where older workers were happily staying in healthcare work. These were the niches where older workers skills were still valued, where training and support was given, and where line managers made special arrangements to enable appropriate working hours and responsibilities (albeit ‘below the radar’ of senior managers). Notably, the research found that working conditions for nurses were far more likely to produce age than those for doctors reflecting – perhaps – the greater autonomy and higher status of the medical profession and the associated capacity to achieve concessions e.g. reduced hours. Note too the gendering of these professions.

Overall then the challenges of an ageing workforce are not primarily about age, in and of itself, they are about how we design work, how we structure our workplaces and what we expect of our staff. Whilst these points may be very familiar in relation to previous debates about gender at work, to date we have barely scratched the surface in thinking about them in relation to age and ageing. Now is the time to so, to support those of us who must continue working into later years and to ensure that we retain a skilled and committed workforce to care for all of us into the future.

NHS Foundation Trust laid out in the Francis Report , the debate about the regulation and registration of the healthcare support workforce has been ratcheted up. The Times journalist Camilla Cavendish has been asked to undertake an independent review  in to the training and support of healthcare assistants, reporting to Government by the end of May 2013.

In this context a new report by members of the Work Futures Research Centre undertaken in collaboration with colleagues at the ESRC LLAKES Centre at the Institute of Education, London argues that the binary division between so called ‘qualified’ staff such as nurses, midwives, radiographers and healthcare scientists and ‘unqualified’ support staff is unhelpful and inaccurate.

Instead it reveals the increasingly important contribution being made to patient care by ‘intermediate’ level staff positioned between ‘registered professional’ and ‘semi-skilled’ grades. It concludes that policy has been silent on the role of intermediate level workers in relation to patient safety, and asks whether there could be distinctive expectations about their contribution. It is clear that all healthcare staff have a role to play in patient safety and high standards of care.

The project, commissioned by the Gatsby Charitable Foundation has recently been completed and the final report is available to download here.

The research looked at intermediate level work in a range of occupational fields including midwifery support, radiography support, dental technicians, and healthcare science. Of special interest was the education and training of different professional groups and the thorny issue of registration.  The project explored the views of a wide range of stakeholders and found that more accurate data on and better understanding of the roles undertaken by the intermediate workforce across the healthcare is needed to: