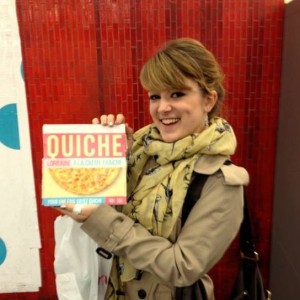 I went to France as a British Council Language Assistant and worked in a secondary school 37km from Paris.

My project title was “A Study in secondary school French students’ pronunciation of English, analysing several common errors made by students and the effect of phonetic training on pronunciation”.

The first motivation I had for writing my project was that I had touched on aspects of second language acquisition in the second year module “Psycholinguistics” and general aspects of phonetics in “Elements of Linguistics” in first year.
Secondly, I had done some data analysis/small research projects in my first and second year in linguistics which interested me a lot.
Thirdly, the situation I was in (teaching in a school with many second language learners) was perfect to conduct a study like this – especially as one element of my project was whether teenagers are more capable than adults in acquiring pronunciation, or whether they had already ‘bypassed’ the stage where acquiring pronunciation is ‘easier’.

The main challenges I faced with project was the time in which I finished gathering data (end of March) and handing it in (end of April). Planning my data collection, gathering a group of candidates who could commit to 6 weeks and clearing ethics with the school, parents of candidates and receiving all the signed consent forms before starting my data collection required ti 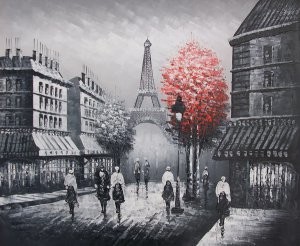 me and patience. Another challenging aspect unique to year abroad research project is that the project has to be written in your second language, which can make writing more time-consuming (particularly if you ask a native-speaker to comment on your work, which has to be planned in advance).

Conducting the research was interesting and I got to know my group of students well during this time. I enjoyed spending time with them as they were a motivated and interesting group of students and it made me more aware generally about how to go about teaching pronunciation (which I was able to apply to other classes in teaching hours). My project received a high grade which I was really pleased with because I worked hard and planned everything carefully – it was very encouraging to see this hard work paid off.

the ability to work independently and keep to your own personal ‘time-management schedule’ is important in the workplace, particularly, I found, with a job like teaching.”

Each stage in a research project requires more work than you would think! The data collection part is particularly time-consuming. Writing up the project can be done in a relatively short space of time (one or two months for my project) BUT the writing up stage may require a lot of “full-time” days, especially as you need to check your work, make sure all your information is in the right chapters, referencing, appendices, etc. This kind of thing, the ability to work independently and keep to your own personal ‘time-management schedule’ is important in the workplace, particularly, I found, with a job like teaching.

I have two pieces of advice for anyone undertaking a research project abroad:

• One – try and get your data collected/analysed/out of the way SOONER rather than LATER. Getting the data and analysing it (transcribing interviews, doing charts, etc) can take quite a lot of time, but what’s more is once you have a look at results and you start to see interesting things in your interviews/questionnaires/recordings etc, it automatically gives you more to write about. Then the writing stage will start to appear in a more clear-cut way.