The University of Southampton is helping to develop new imaging technology to be used in the design, manufacture and maintenance for current and future generations of carbon composite aircraft.

Led by QinetiQ, the UK consortium of the University of Southampton and University College London (UCL) and four companies in ProjectCAN brings together world leaders from academia, the aerospace industry and X-ray inspection equipment manufacture.

As part of the government’s Aerospace Technology Institute, Innovate UK, the UK’s innovation agency, has provided the team with significant funding to develop two new non-destructive testing processes for the detection of flaws in composite aerospace components.

The University of Southampton’s µ-VIS Centre for Computed Tomography is host to one part of this three-year project. Together with Nikon Metrology UK Ltd, it aims to develop and test methods for scanning and visualising the insides of large, flat components using X-rays.  The partners will develop both the system for acquiring scan data and software to reconstruct it into a 3-D volume image, allowing manipulation and visualisation using standard software.

“Conventional computed tomography (CT) techniques are widely used but are not well suited to image extended flat objects,” said Dr Thomas Blumensath, of the University of Southampton.  “We will be developing an alternative technique, which applies computed laminography (CL) techniques, to overcome the limitations of conventional CT for large, flat components. This will enhance our ability to find defects in large composite parts, such as those which are increasingly used in modern aircraft.

“This will ultimately help in the production and maintenance processes and will assist in the development of more environmentally-friendly aeroplanes, as well as enhanced overall aircraft safety.”

Traditional CT requires the scanned components to be fully rotated, and will yield optimal results only when the X-ray attenuation for each angle is broadly similar. It is impossible to scan very large parts due to space restrictions; when scanning smaller flat panels, the variation of attenuation across the angles can become too large for optimal imaging.  CL systems use a different motion, such as linear translation or limited-angle rotation, to scan components where CT is impossible or ill-suited.

A laminography system comprises the hardware that positions the sample, source and detector to acquire 2D projection data, as well as an algorithm to reconstruct a 3D volume image from the data.  ProjectCAN will develop both this hardware and software to allow laminographic imaging within the custom Nikon Metrology 225/450kV X-ray scanner already in service in the µ-VIS centre at Southampton.

In parallel with the work at the University of Southampton and Nikon Metrology, the team at Axi-Tek and UCL will be developing a new backscatter x-ray inspection technique to non-destructively inspect large area composite structures such as wing sections, engine cowlings and fuselage components.  Sometimes referred to as “one-sided” x-ray inspection, backscatter uniquely allows the x-ray investigation of the structural integrity of composite materials from a single side of the component, that is, the x-rays do not have to pass through and out the other side of the component.  To enhance this technique, the team also intend to combine the backscatter x-ray with more conventional optical surface inspection.

I’ve just finished my 3rd year of Electronic Engineering and am set to be beginning my 4th and final year this September. This internship is based within the Faculty of Engineering and the Environment and more specifically within μ-VIS and under the supervision of Dr Sam D Keyes. In many ways this project is far removed from my previous areas of study, however there is a surprising array of overlap of the skill sets required. This project involves taking many computer vision and engineering techniques and applying them to complex biological systems in order to better understand them.

Specifically this project will involve analysing data sets taken from X-ray images taken of root samples of wheat. With the use of very high resolution X-rays and a large amount of computing grunt, 3D data sets of plant root images can be obtained through a technique known as computer tomography (CT). By taking repeated snapshots through time, the growth of a root through various porous media can be observed and analysed.

As a root grows down through soil or whichever medium within which it is placed, it will move its way around air, soil, water, harder minerals in the ground as well as biological matter. This project will further investigate how this process happens and what factors affect the rate of growth both radially and along the length of the root.

A sizeable amount of this project will be located in the lab where the samples will be grown, providing plenty of hands on experience in the world of lab based botany. The apparatus for the experiments must also be devised through various CAD and 3D printing methods. All of this must be done before any CT can be done.

Digital Volume Correlation is a “novel technique” that is an extension of previous 2D techniques that allow a 3D volume to be analysed over time. Examining plant roots in 3D in this way is novel and has yet to be extensively researched.

In the future I hope to pursue postgraduate research and so I hope that this summer project will be a good insight into the world of research and I expect to learn many skills that will equip and prepare me for the diverse and complex challenges that this could present.

Lasers for Spectroscopy and Imaging – developing new forms of cancer treatment and diagnosis of bone disease.

The presentation will describe the STFC Central Laser Facility and focus on research into using multiphoton excitation of combretastatins to treat cancer and spatially offset Raman spectroscopy to diagnose bone disease.

This months’ CII seminar will be presented by Prof Tony Parker from the Central Laser Facility, at the Rutherford Appleton Labs. Professor Parker joined the CLF in 1987, and has been head of the LSF between 1995 and 2010, stepping down to focus more on research and his STFC Fellowship. He has authored over 210 publications. 5 Patents relating to Raman Spectroscopy, and has over 20 years experience in applying spectroscopy, time-resolved spectroscopy and imaging to study the structure-function relationship in chemistry and more complex biological systems, particularly in relation to DNA dynamics/damage and repair and electron/energy transfer.

He is the manager of the STFC & BBSRC funded project ULTRA (£2M), a significant step in making internationally-leading technology accessible to the scientific community. Professor parker’s other research interests include characterisation of reaction intermediates using time-resolved spectroscopy (mainly Raman, infrared, 2D-IR), time resolved fluorescence/Raman imaging of biological and chemical systems and the development of Spatially Offset Raman Spectroscopy for the diagnosis of disease in collaboration with the Royal Orthopedic Hospital, Stanmore.

Dr Blumensath, a researcher and one of the co-chairs  from the Computationally Intensive Imaging group was recently awarded a grant from the EPSRC to study advanced image processing techniques to analyse Brain Imaging Data.

In this project Dr Blumensath will develop new computer algorithms to analyse data that arises, for example, in brain imaging. Building on his previous work in applied mathematics and signal processing, he intends to develop methods that can extract relevant information from complicated data-sets and even recover missing data. To do this, he will develop more accurate mathematical models that capture important structure that exist in the data. Almost all data we encounter in science and engineering is highly structured and if we could exploit this structure better, then we could solve many data analysis problems we currently face.

Dr Blumensath’s work in this area is motivated primarily by his recent work on human brain imaging, which he did in Oxford’s centre for functional MRI of the brain. During his time in Oxford, he worked on the human connector project (http://www.humanconnectome.org/). The human connectome project uses the latest Magnetic Resonance Imaging techniques to try and understand how the human brain is wired. In the course of the project, brain scans from over 1000 people will be collected and analysed. Dr Blumensath’s role in the project was to look at better ways to analyse this data and the new EPSRC grant will take this work a step further.

This “EPSRC First Grant” is a one year project that will support Dr Blumensath and a postdoctoral researcher to work on new data analysis techniques. While most of the development of new algorithms will be done here in Southampton, the work will link closely with that of colleagues in Oxford and the US to try and use the new methods on the human connectome data. Ultimately, the aim is that this will provide neuroscientists with better tools to study the living human brain and thus provide them with a better understanding of the things that go wrong in debilitating brain disorders such as Alzheimer’s, autism, schizophrenia and epilepsy. 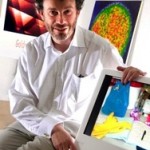 Data management is in general a major problem in research but the joint experimental and computational aspects of CII research, and the tendency for this work to be collaborative, makes the data management a very time consuming task.  Research projects in Southampton over the last 5 years have covered many aspects of good practice and generated software and tools to help. One useful tool is the electronic research or laboratory notebook that facilitates the initial collection of data and information in a digital form.  The Southampton LabTrove software is a researcher centric, web based, cloud enabled, system that looks a bit like a blog and enables data, records, discussions to be recorded and sharing and collaboration in a controlled manner.If any members of CII would like to try the the software please contact Jeremy Frey.

We have created a Mendeley Group for for CII USRG – “Computationally Intensive Imaging”.  This is an “Open” Mendeley Group (http://www.mendeley.com/groups/2874091/computationally-intensive-imaging/) so please add references that your think would be of general interest to CII members.

I’d like to draw everyone’s attention to the following Royal Society meeting and workshop on X-ray imaging, which may well, be of interest to some of the CII group:

This meeting brings together the leading experts in the area  of  X-ray phase contrast imaging (XPCi)to discuss emgerging methods and deployment into industries.

This two-day workshop is  oriented on X-ray imaging methods and picks up on issues of complementarity between real-space methods (Tomography and X-ray microscopy) and reciprocal space methods (CDI and ptychography).

SuperIdentity – examining identity in the real and cyber world 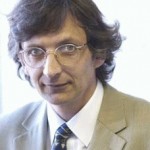 Academics at the University of Southampton, one of eight universities to have secured a government grant to extend its research on biometrics, have been investigating new approaches to biometrics which relate human vision to computer vision to enable recognition of people.

It’s called soft biometrics and essentially concerns using human descriptions within automatic computer vision systems. It forms part of the EPSRC funded SuperIdentity Project which concerns a richer understanding of identity which encompasses aspects that we reveal both in the real world and in the cyber world.

The fusion of cyber and real world measures is what makes this project challenging, exciting and timely. The result will be a more complete and dynamic picture of who someone is, enabling greater input into the identity decision. 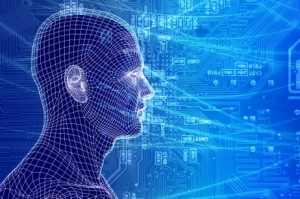 Bringing you the very latest news and discussions on imaging activities across the University!

This monthly blog is brought to you by the chairs of the CII USRG: Jeremy Frey, Bill Brocklesby, Ian Sinclair.